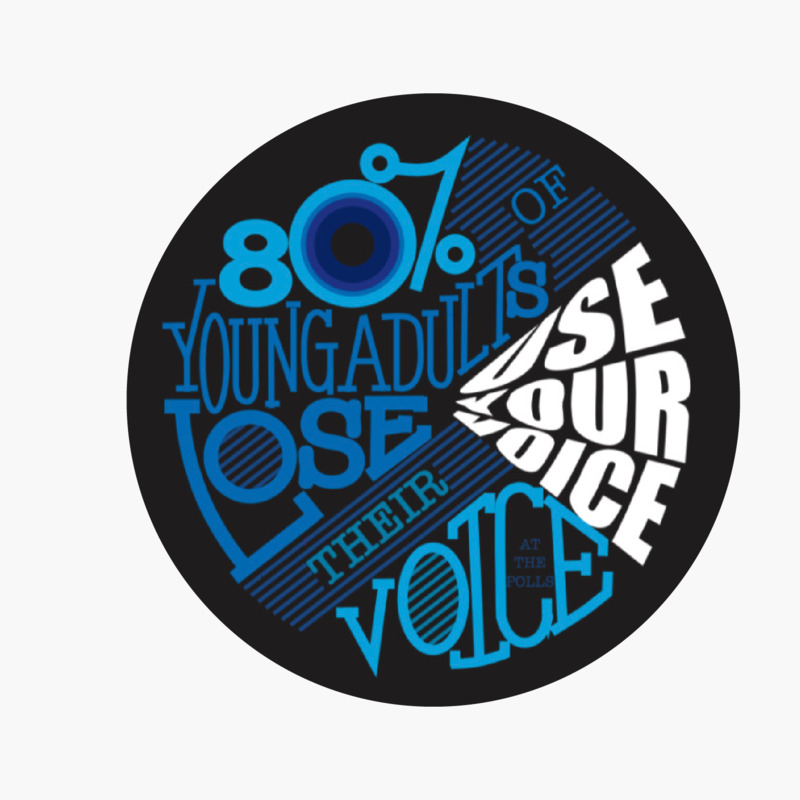 Prior to 1971, the voting age in the United States was 21. But as the Vietnam War became increasingly tumultuous and unpopular throughout the 1960s, many Americans demanded that the voting age be lowered, arguing that those old enough to be drafted into military service should have the right to vote. The 26th Amendment was ratified July 1, 1971, extending the right to vote to American citizens aged 18 years and older.

Some anticipated that a new group of young, enthusiastic voters would emerge for the next national election, but this did not occur. Indeed, young people typically turn out at a far lower rate than other age groups. This is especially true in midterm elections. Usually. In 2018, however, voter turnout among 18-to-29-year-olds was historic, jumping from 20 percent turnout in 2014 to 36 percent. But in West Virginia the story was different. Less than half of eligible West Virginians aged 18-24 were registered to vote for the 2018 election, and less than one-quarter of them voted.

US voter turnout remains lower than that of other established democracies. One reason for this could be that US voters must take personal initiative to register to vote, while nations with higher participation employ voter registration programs. In the US 64% of the voting-age population are registered to vote, compared with 91% in both Canada and the UK (Pew Research Center). 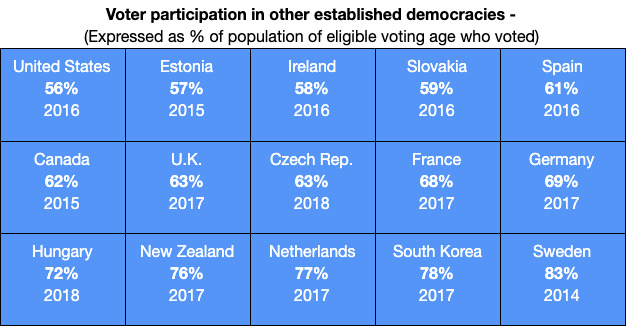