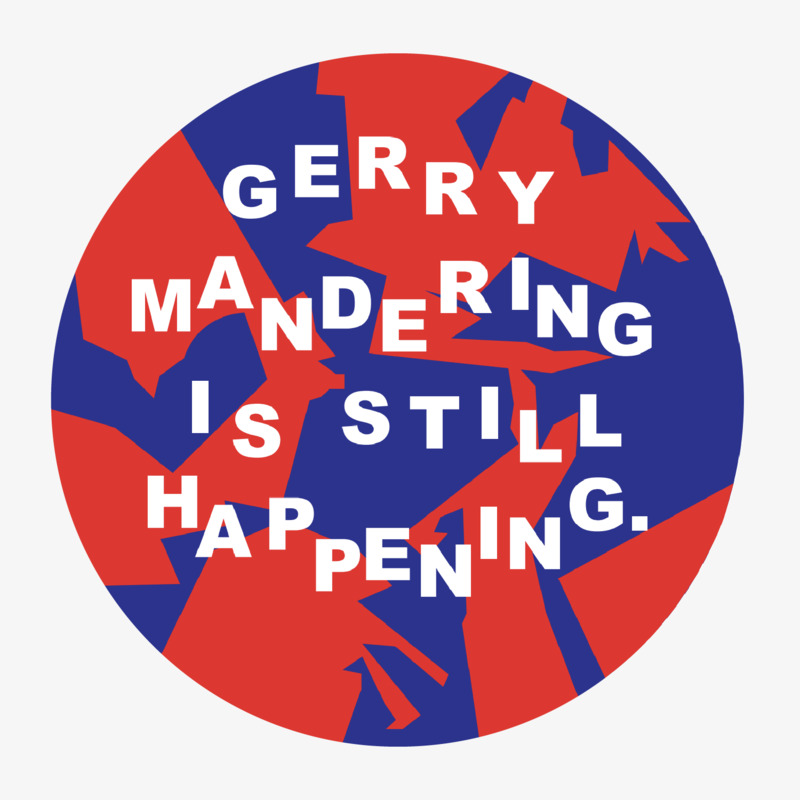 Redistricting: Process of drawing legally defined and delimited geographic areas within which all qualified voters have the right to select a representative

The Constitution requires the reapportionment of the U. S. House of Representatives every ten years.  Hence, the establishment of the decennial census in 1790.  The intention of the Founders, and numerous subsequent reapportionment laws, is that congressional districts, and by implication state legislative districts, be redrawn (redistricted) with the new population figures.  However, two abuses of the redistricting process, malapportionment and gerrymandering, led to voter suppression.

Malapportionment is the drawing or evolution of election districts with vastly different populations.  For example, one congressional district of 100,000 population elects one representative, and the adjacent congressional district of 300,000 also elects one representative.  Malapportionment can occur if district boundaries remain the same after two, three or more decennial apportionment cycles without consideration of population movement, growth and decline.  Malapportionment was so severe in the mid Twentieth Century that the United States Supreme Court ruled against it.  In Baker v. Carr (1962) the Court said redistricting was in the preview of the federal court system.  In Westberry v. Sanders (1964) the Court ruled that U.S. congressional districts must be of equal population and hence must be redistricted after each decennial census.  In Reynolds v. Sims (1964) the Court applied this principle to state legislative districts.  These rulings evoked the equal protection and “one person one vote” concepts and ended malapportionment in American history.

Gerrymandering is the deliberate drawing and manipulation of election district boundaries in a way to favor a certain political party or racial/ethnic group.  Gerrymandering is common throughout American history.

Racial Gerrymandering became more prevalent in the 1960s, especially in the South, after African Americans were ensured the ballot by the Voting Rights Act of 1965.  African American communities were divided in a way that diluted the strength of their vote and thereby suppressed their political power and influence (see Figure 1).  Since 1965 amendments to the Voting Rights Act and court judgments have ruled against racial gerrymandering, although cases are still being litigated today with respect to discrimination of African American, Hispanic, and Native American populations.

Partisan Gerrymandering still exists today and, after the 2010 census, perhaps is more egregious and manipulative than at any time in American history.  With the advent of Geographic Information Science (GIS) and computerized map technology, district boundaries are being drawn in minute detail to advantage one political party over another.  For example, the Pennsylvania congressional districts drawn by the Republican legislature after the 2010 census elected 13 Republicans of the 18 representatives even though the Democrats won the majority of the statewide vote.  The 7th District of Pennsylvania map illustrates the bizarre and circuitous shapes districts have acquired(see Figure 2).  Likewise, in Maryland, congressional districts drawn by the Democratic legislature elected 7 out of 8 seats even though the Republicans had over 47% of the statewide vote.  Gerrymandering is anti-democratic, and numerous court cases have been litigated in recent years.  This culminated in the June 2019 ruling by the U.S. Supreme Court, Rucho v. Common Cause, that gerrymandering was “political” and not in the purview of the federal court system, in essence allowing partisan gerrymandering to continue.  The path to eliminate this form of voter suppression is now in the hands of the state courts, state legislatures and citizen initiative and referendum.  Numerous states have established or are working toward reforms, the most prominent being the creation of Independent Redistricting Commissions. 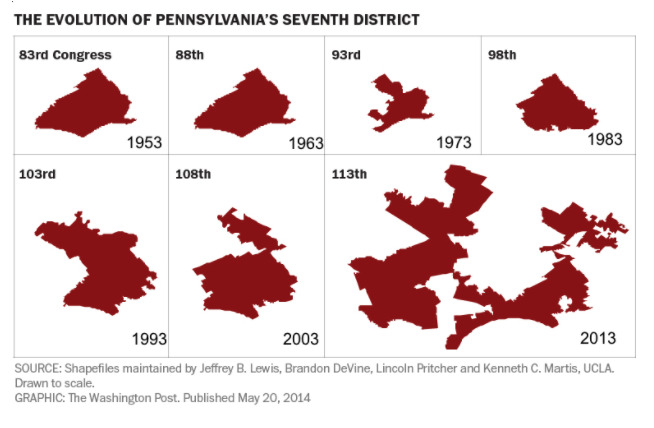 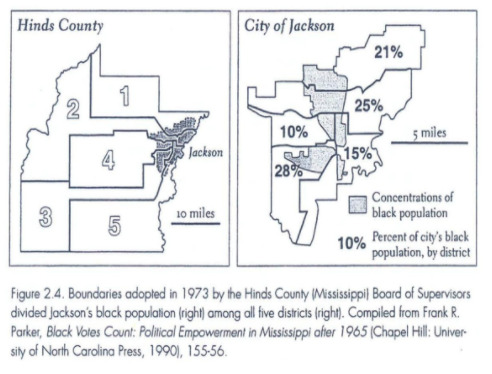