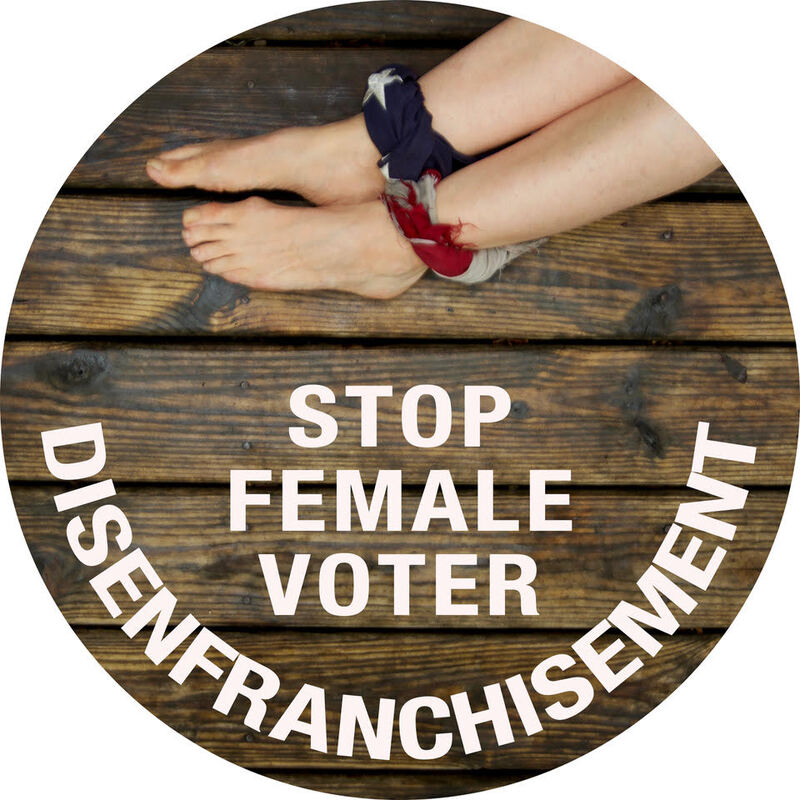 Disenfranchisement in the United States of America

Disenfranchisement is the cancelation of an individual’s right to vote whether legally or through discriminatory practices.

Six years before his iconic “I Have a Dream” speech at the Lincoln Memorial, Dr. Martin Luther King called on the United States government to end voter suppression and disenfranchisement. In “Give Us the Ballot” Dr. King stated, “The denial of this sacred right is a tragic betrayal of the highest mandates of our democratic tradition.” (1957). Yet, the Civil Rights Era was not the first time that Americans fought for their right to vote. Nearly 60 years before Dr. King, women marched and fought for a right that had been taken from them legally.

Upon its creation the US Constitution did not formally state who had the right to vote, leaving that power to the states. With that power, the states have made it very clear who they do not want to vote.  In 1868, the 14th Amendment was the first document to specifically state that voting rights would only be granted to men. Women were denied voting rights, because they were believed to be “childlike” and “incapable of independent thought” (Teaching Tolerance), and according to most researchers, mental exertion could jeopardize reproductive health. After the passage of the 15th Amendment to the US Constitution, granting Black men the right to vote, states adopted policies that targeted offenses statistically committed by Black voters in an effort to disenfranchise them .

In recent years, the United States has continued to suppress voting rights, particularly those of Black, Hispanic, and Latinx individuals, by advocating for voter ID laws.  The rationale is that voter ID laws prevent voter fraud. Yet in a study conducted by Professor Justin Levitt from 2000 to 2014, only  31 cases of voter fraud were detected out of one billion total votes cast. Moreover, Texas Governor Greg Abbott, a proponent of voter ID laws, was only able to find two cases of voter fraud in his state.The United States stands alone as a modern democracy that takes voting rights away from its citizens on the basis of criminal convictions. Changes in law and policy have led to mass incarceration, especially of Black Americans, who are incarcerated at six times the rate of white Americans, thereby disenfranchising people due to felony convictions. States like Florida ban Americans with felony convictions for life from voting.

In 2013, the Supreme Court rolled back protections of the historic Voting Rights Act of 1965 in Shelby County v Holder by no longer requiring jurisdictions, selected on their history of discrimination in voting, to pass federal scrutiny in order to enact any new election or voting laws, thus opening the door for States to pass laws that would overwhelmingly target communities of color. Although the United States brands itself as a democratic nation, voter disenfranchisement has a more than 100-year-long history and several Americans are still denied the fundamental right of our “democratic tradition”.