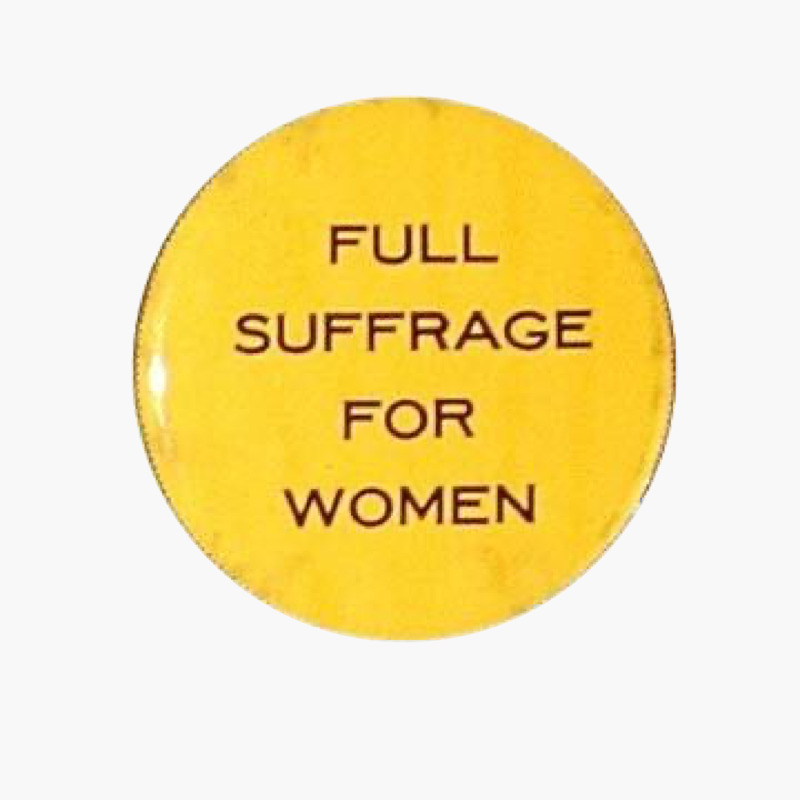 One of the more popular forms of suffrage artifacts was the button or badge.  Most of the larger and many of the smaller organizations produced buttons of some sort, generally emblazoned with their official colors.  While some of these buttons were generic, they often were manufactured for a particular campaign such as the 1911 campaign in California or the Empire State Campaign in New York.  There are period references to the fact that many suffragists collected them and advertised for varieties that they did not have. Moreover, many suffrage buttons embody interesting stories about their creation, their slogans, and their general use.  Read more of Kenneth Florey’s research around suffrage buttons.